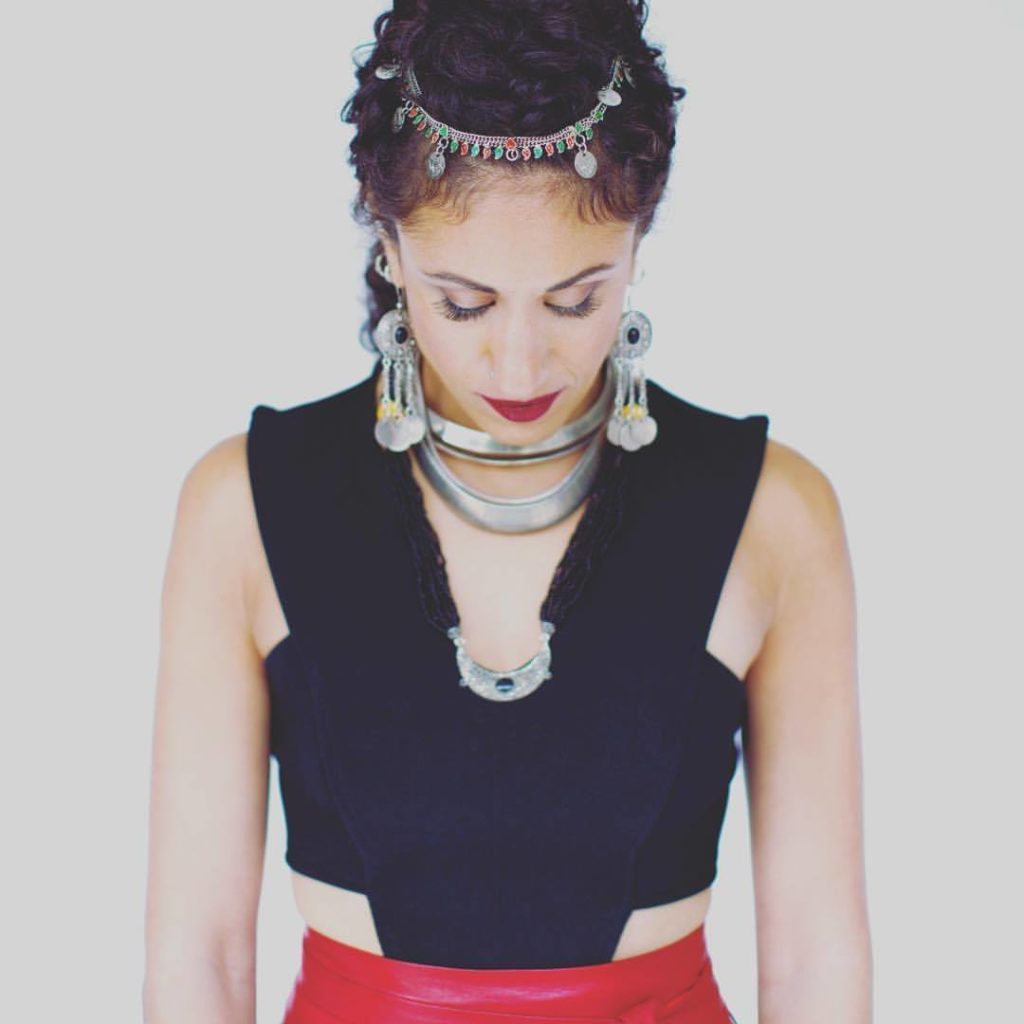 Naima Shalhoub is a Lebanese American vocalist, composer, performing artist and educator. Her multidimensional work explores the borderlands of belonging, remembrance, freedom and the expansive quality of the voice–its power for healing and social justice.

After receiving her MA in Postcolonial and Cultural Anthropology in 2008, she turned her focus to creation and performance in the Bay Area. She immediately found herself equally at home with her band on the stages of San Francisco music venues and in the spotlight as a presenting speaker at TEDXLAU in Beirut. Her music brings vibrant personality, poetic eloquence and impassioned performances to both nationally acclaimed venues such as the Herbst Theatre in San Francisco, BRIC Arts Media in Brooklyn, as well as grassroots community events spaces. She appears in theater productions, joins fundraisers, and speaks at conferences across the United States.

In May of 2014, Naima was inspired by movements to abolish the prison industrial complex and thus combined her passion for music, social justice, and education by facilitating weekly “Music and Freedom” sessions with incarcerated women at the San Francisco County Jail. After a year of meaningful relationship building, she recorded her debut album, Live in San Francisco County Jail, in front of an audience of these same women, many of whom participated in the performance. The result is a recording that embodies Naima’s deeply held belief that music and song are vessels for freedom and healing, holding the potential to energize movements working toward more just and loving futures.

Naima toured Beirut, Lebanon with a project titled NAMENA, which in Arabic means “to grow, to nurture, communally.” This project built partnerships with local organizations to co-produce events that provided a platform to discuss and share creative responses to various forms of struggle — a music-tour model she looks forward to replicating in various locations. Naima is currently composing and recording new music for her first full-length studio album titled siphr  — produced by Tarik “Excentrik” Kazaleh — which will be released by 2020.