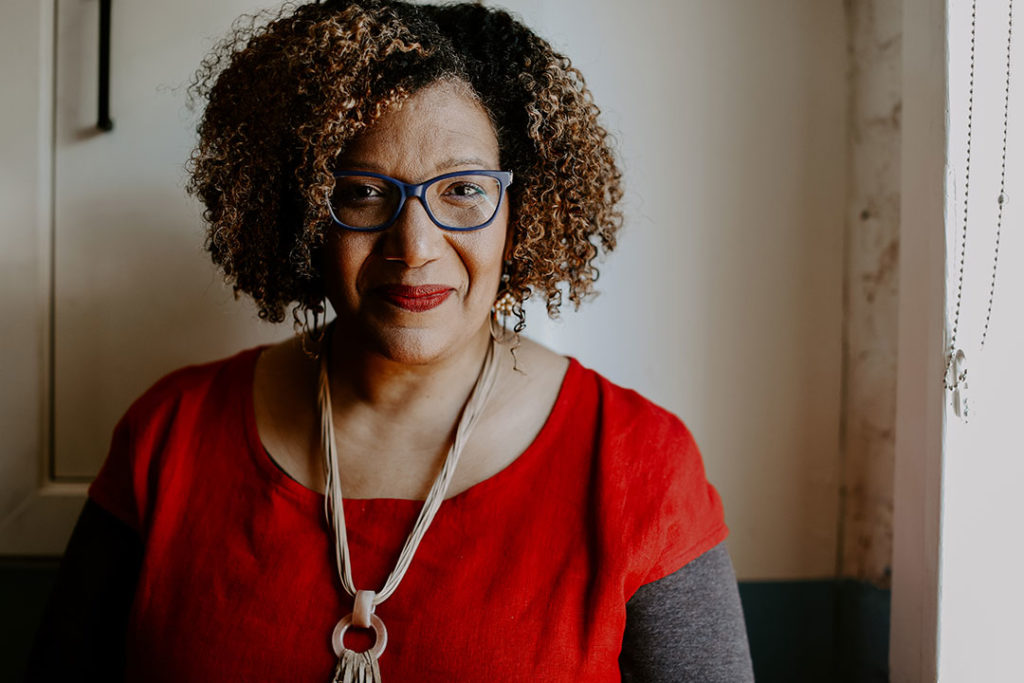 From Ferguson to New York, and from Germany to South Africa to Australia, Lisa Sharon Harper leads trainings that increase clergy and community leaders’ capacity to organize people of faith toward a just world. A prolific speaker, writer and activist, Ms. Harper is the founder and president of FreedomRoad.us, a consulting group dedicated to shrinking the narrative gap in our nation by designing forums and experiences that bring common understanding, common commitment and common action.

Ms. Harper is the author of several books, including Evangelical Does Not Equal Republican…or Democrat (The New Press, 2008); Left Right and Christ: Evangelical Faith in Politics (Elevate, 2011); Forgive Us: Confessions of a Compromised Faith (Zondervan, 2014); and the critically acclaimed, The Very Good Gospel: How Everything Wrong can be Made Right (Waterbrook, a division of Penguin Random House, 2016). The Very Good Gospel, recognized as the “2016 Book of the Year” by Englewood Review of Books, explores God’s intent for the wholeness of all relationships in light of today’s headlines.

Ms. Harper earned her Masters degree in Human Rights from Columbia University in New York City, and served as Sojourners Chief Church Engagement Officer. In this capacity, she fasted for 22 days as a core faster in 2013 with the immigration reform Fast for Families. She trained and catalyzed evangelicals in St. Louis and Baltimore to engage the 2014 push for justice in Ferguson and the 2015 healing process in Baltimore, and she educated faith leaders in South Africa to pull the levers of their new democracy toward racial equity and economic inclusion.

In 2015 The Huffington Post recognized her as one of “50 Powerful Women Religious Leaders to Celebrate on International Women’s Day.” Most recently, Relevant Magazine recognized The Very Good Gospel as one of “Six Books that Will Change the Way You See the World” and Ms. Harper as one of “Seven Leaders to Follow in 2017.”