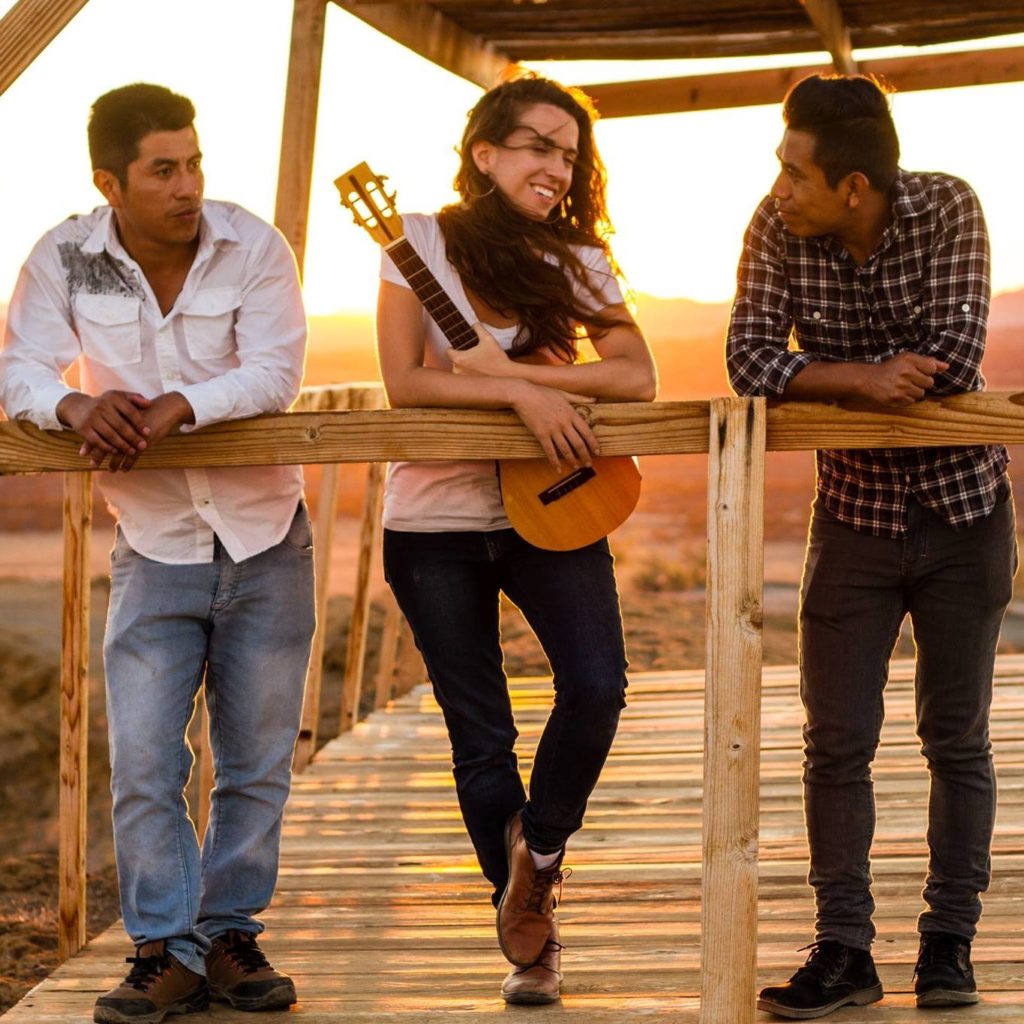 Felix Gonzales was born in Xeatzan Alto, Guatemala. He dedicated himself to agriculture since he was 12 years old, cultivating mainly peas and broccoli. At the age of fourteen, he began to play bass and electric guitar as part of the church. He decided to migrate to the United States for the first time in 2013 to be able to support his family after the price of the pea drastically falls.  He was unable to cross into the United States and having exhausted his economic resources, he returned to Xeatzan to continue working in agriculture but has not lost the desire to reach the United States. Felix has always wanted to live by music and he dreams of building his house and supporting his family with dignity. Felix is ​​married to Marta and they have a son Jonathan.

La Muna was born on June 28, 1986 in Virginia. She spent her childhood in Colombia playing between the coffee plantations of her parents and the forests of the Echeverri Family. She always liked music, grabbed a guitar at the age of fourteen and started writing songs. She studied Sociology at the University of Illinois in Chicago and was captivated by the issue of migration. In 2009 she traveled through Mexico on a freight train with a group of Nicaraguan migrants. The experience changed her life.

She returned to the border in 2013 as a volunteer of the Kino Initiative, and devoted herself to writing songs about the lives of migrants and sharing them in shelters. The Corazon Norte album was born. La Muna has the most adorable sister and an adventurous brother who makes her laugh

Balvino Gonzales was born in Xeatzan Alto Guatemala. He dedicated himself to agriculture at 10 years old, growing peas and broccoli. He started playing drums when he was 8 years old in a group at church. At age 15, because of the low price of pea, he  travelled to the capital to help support his family. Out of economic necessity, he tried to migrate to the United States but was unable to cross. He decides to return to Xeatzan to continue working in agriculture, but still holds the desire to reach the United States. Balvino has 5 sisters and 2 brothers, he has always wanted to live by music, and he dreams of having more knowledge and resources to help his family and others.